At Children’s International Pediatrics in Picayune, MS, we have both the children’s and their parent’s best interests at heart. Our pediatric clinic provides a relaxing atmosphere for our patients while they wait and receive care. Your child deserves the best pediatric care possible and Children’s International is Here For You. Call 601-215-8060 to schedule an appointment with a pediatrician or nurse practitioner at our Picayune clinic. 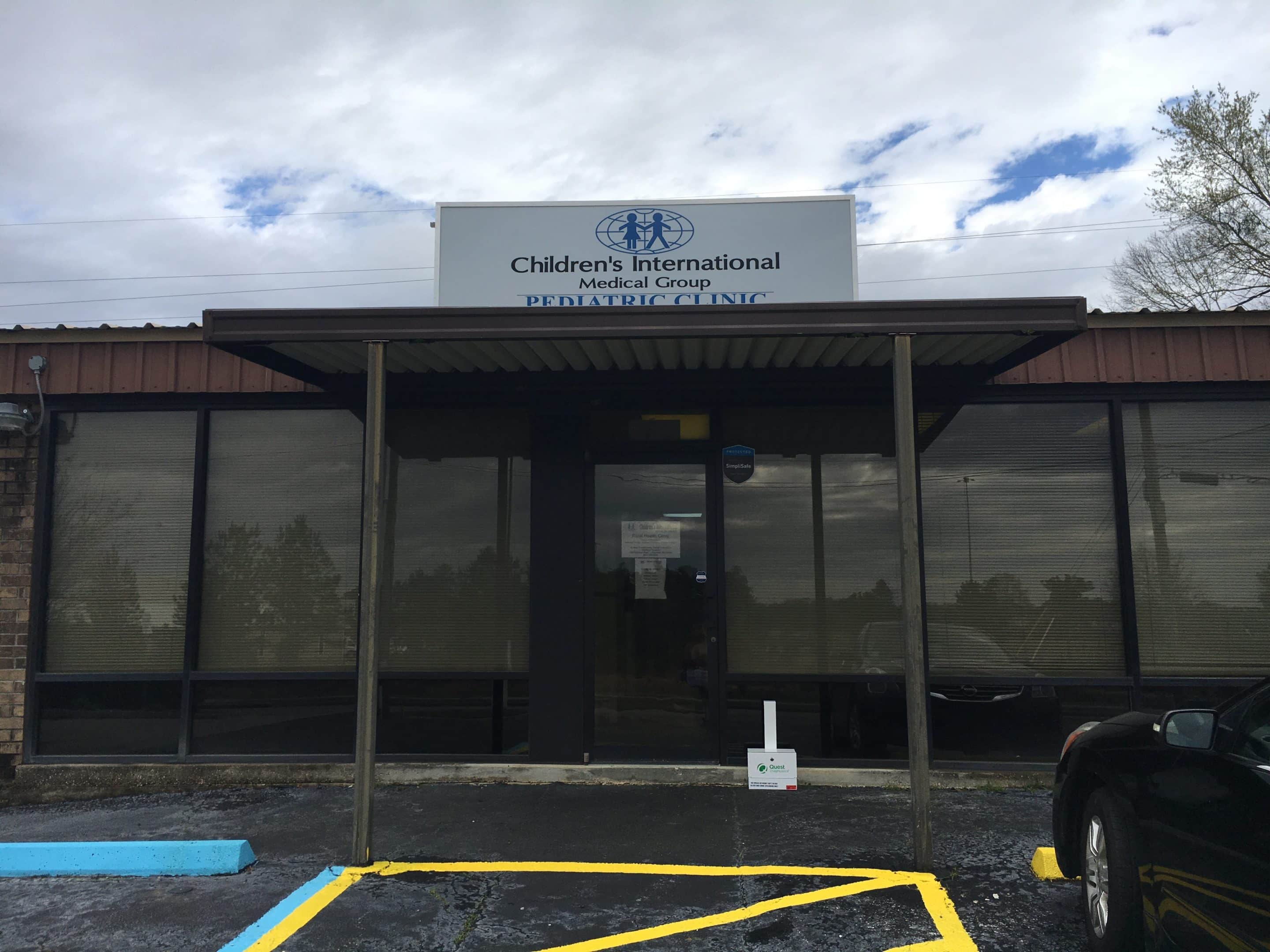 Children's International Pediatrics
5.0
Based on 8 reviews
Write a review

Whitney R Spiers
Brian Padgett and the team of nurses are amazing here. They were even so kind to call and follow up with my child's wellness after her vaccines. Very... great people!read more

Jochebed Davis
I love the doctors and nurses they are truly a team and they care about my children and Dr. Brian and Dr Fletcher we thank y'all for giving the best... careread more

Arielle Lyster
Chris Fletcher is amazing with children. We were sad originally having to switch our first son's pediatrician when we moved, but Chris has gone above... and beyond and both our boys now see him. The staff is always friendly and so helpful and extremely knowledgeable when it comes to navigating Tricare. Highly recommend!read more

Children grow rapidly, requiring periodic check-ups with your pediatrician to oversee developmental progress and identify any underlying health complications that may be present.

Throughout childhood, children get sick and it’s important that you bring your child in to see your pediatrician or nurse practitioner as soon as possible so we can provide your child with immediate, thorough care to help them feel better quickly.

At Children’s International, we believe in treating the whole person – not just a disease. Preventative care is a foundational part of our practice. 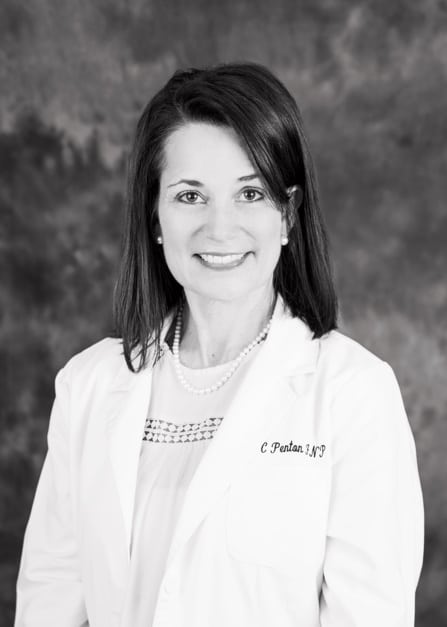 Prior to becoming a nurse practitioner, Carla was a school nurse at Pearl River Central Elementary and Middle Schools for nine years. Before that, she was employed as a staff and charge nurse at Slidell Memorial Hospital in the Pediatrics, Nursery and Obstetrics department. Carla has precepted numerous area students, investing in their goals of becoming nurse practitioners. She also enjoys being married for 36 years to her best friend Bruce, who is a retired teacher and coach. Carla and Bruce have three daughters, two sons in law, and four grandchildren. 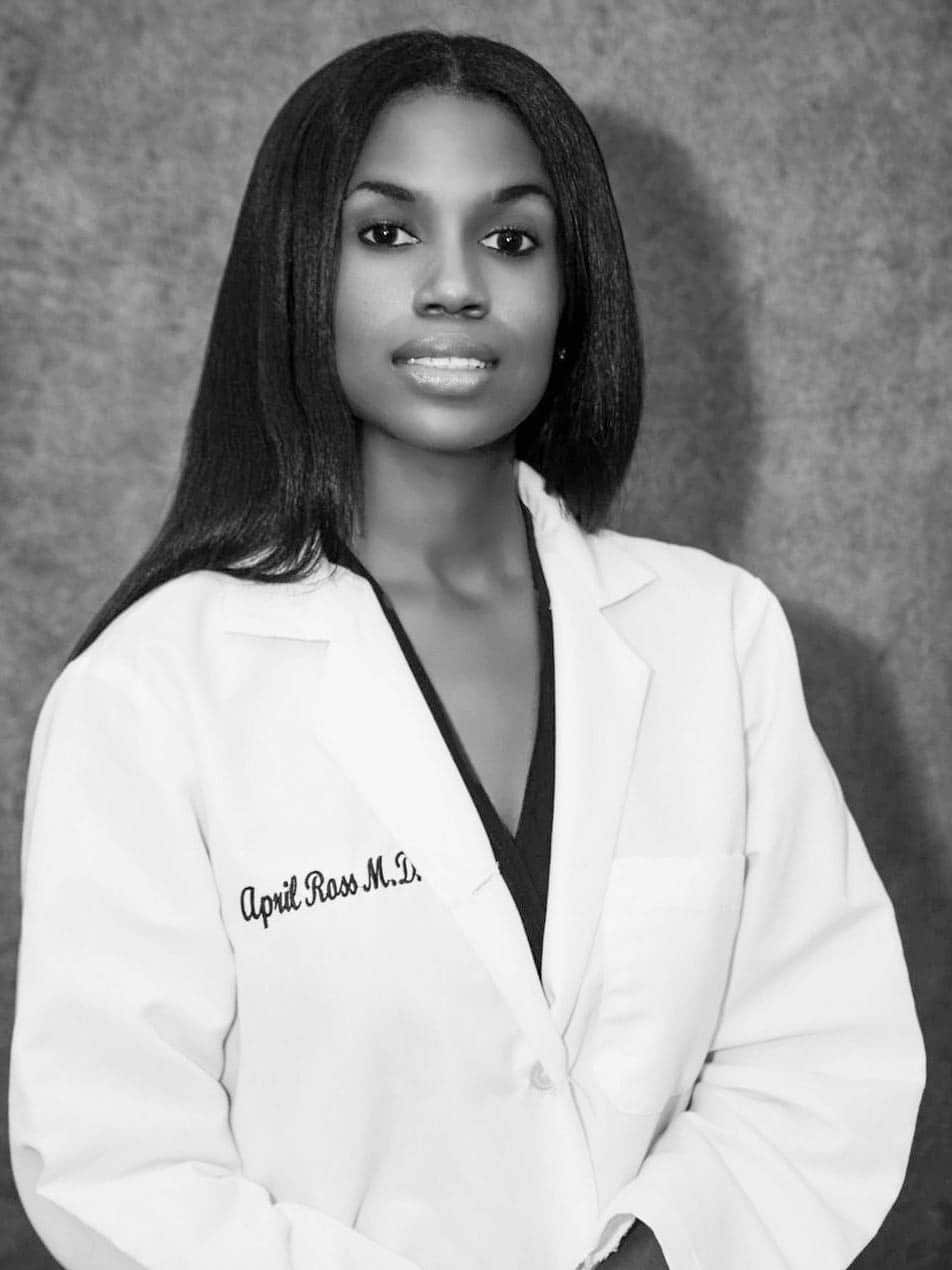 April Ross, M.D. received her Bachelors of Science in Nursing at Spring Hill College and her Doctor of Medicine at University of South Alabama Medical School. She completed her pediatric residency at USA Children’s and Women’s Hospital and was the Chief Resident at USA Children’s and Women’s Hospital. Her favorite hobbies include reading, shopping, traveling, and decorating. Dr. Ross is most inspired by her mother and her favorite superhero is the lasso wielding Amazonian princess, Wonder Woman. Some of Dr. Ross’s patients might be excited to know that she is a collector of Barbie dolls! Her favorite quote is: “You only live once! Trust god and go for it!” 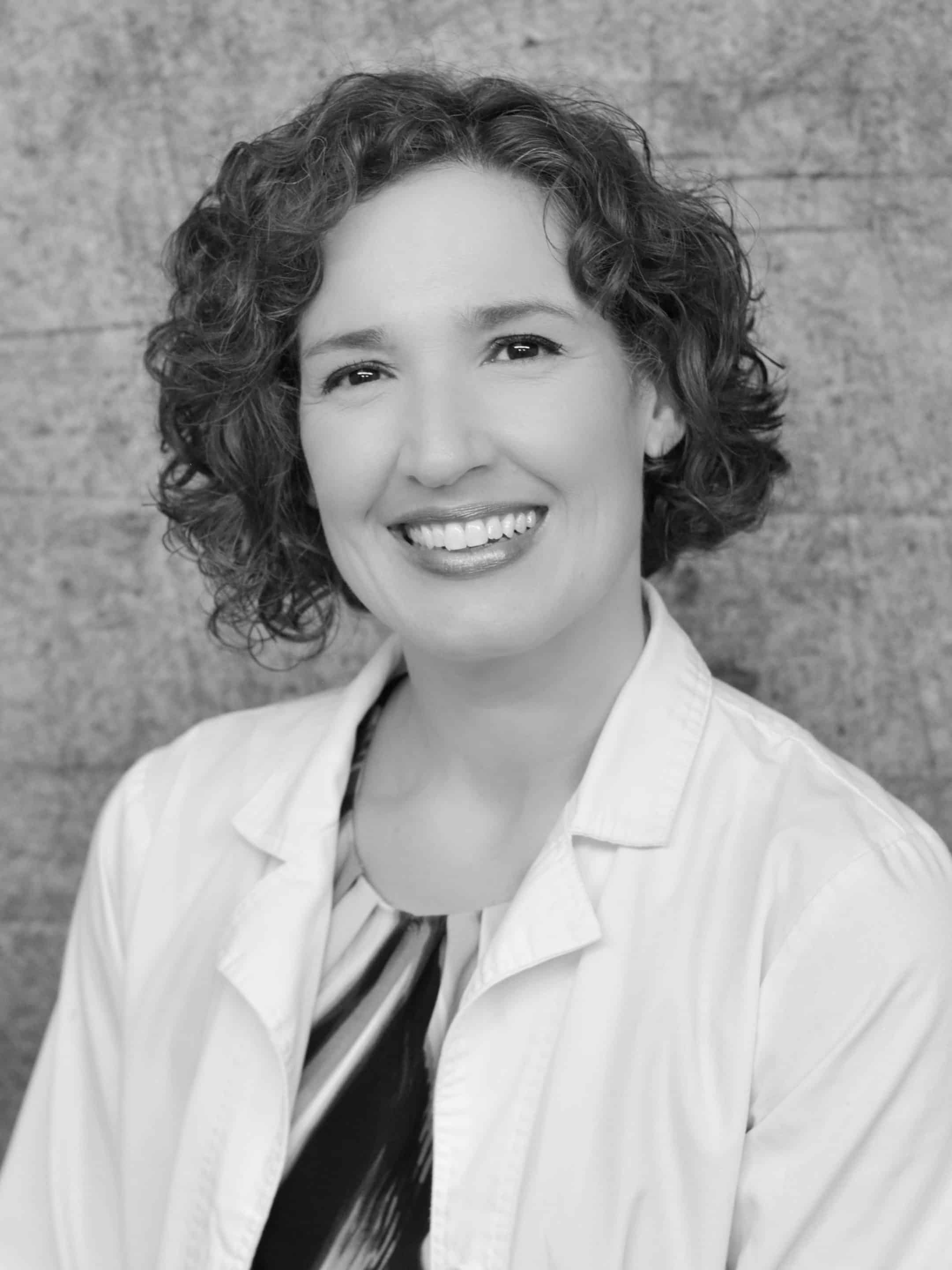 Dawn Malcom is a Family Nurse Practitioner who has been with CIMG since April 2019. She is currently working at our Bay St. Louis and Picayune North locations.

Dawn attended Auburn University Montgomery and graduated in 1998 with her BSN. She graduated with her MSN in 2017 at the University of South Alabama. She had started her career in ICU. After several years, she found herself in school nursing. She now enjoys her time working with children as an NP in pediatrics. Dawn has been married for over 20 years and has two sons. Her family lives in Mississippi. 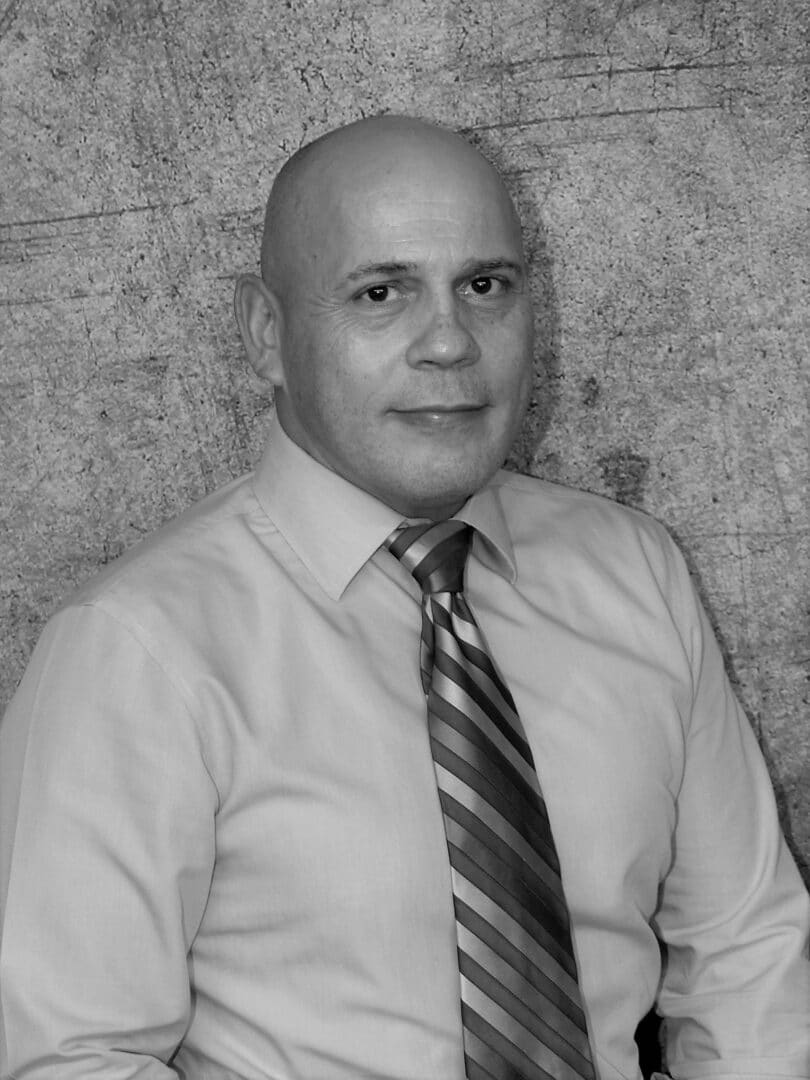 Brian Padgett, a family nurse practitioner with 11 years’ experience, joined Children’s International in September of 2021 and is excited to begin his journey to the Pediatric outpatient space. Brian started his medical career when he joined the Army National Guard and served eight years.  His time as an LPN brought him to Mississippi by way of V.A. Hospital in Biloxi.  He then went to William Carey where he graduated with honors and received the Crusaders Award before obtaining his Master of Science in Nursing from The University of Southern Mississippi on December 9, 2010 and passed the AANP certification exam on February 20, 2011.

In June 2011, Brian was employed by Covington County Hospital working at Family Care Express. In addition to his full-time clinic position in the clinic setting, he was also responsible for sick call rounds at Veterans Nursing Home in Collins, MS. Brian received his Telemedicine training in emergency care from UMC in Jackson, MS in 2011.  In March 2019, Brian started working for Fast Pace Urgent Care providing both acute and chronic care for adult and pediatric patients, physical exams, including but not limited to, sports physicals, military, pre-employment, work, adoption, Non-DOT and DOT and basic type physicals.

Brian’s love for medicine started while he was young.  He grew up in West Terre Haute, Indiana.  His father was a Pentecostal preacher and hauled trash to provide for his wife, a fulltime mother, responsible for the care of their 15 children.  Brian was “Lucky 13” of this huge family with seven brothers and seven sisters.  He and his family spent many hours ministering to the elderly at the local nursing homes.  He loved the feeling of helping people.

In Brian’s free time, he enjoys spending time with family and friends, working out at the gym, gardening, fishing, camping, and traveling. 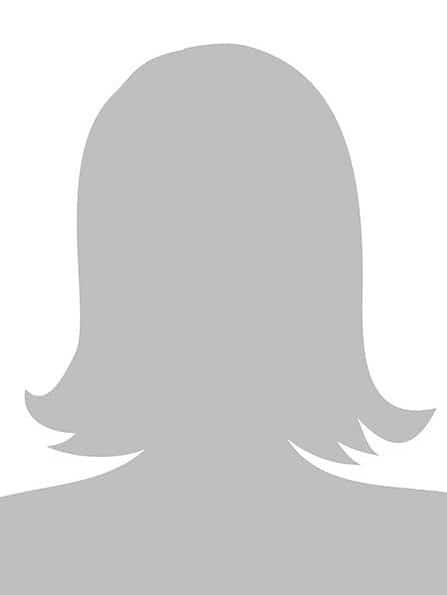 We are more than just a pediatric clinic; we are a family committed to providing our patients with the best pediatric care available. At Children’s International in Picayune, MS, we have both the children’s and their parent’s best interests at heart. We promote physical and emotional well-being through comprehensive and personalized medical care and maintain an active role in each of the communities we serve. Call anytime during clinic hours to schedule an appointment with a pediatrician or nurse practitioner.

At Children’s International in Picayune, healthcare is synonymous with family. Once you and your child walk through the clinic doors, you are home and we are here to take care of you the same way we would take care of our own family members.

We offer a large variety of preventative, primary, and specialty care services to ensure that your child receives thorough health care. For more information about the comprehensive medical services we offer, see our pediatric services page.

We are committed to making a difference in your child’s life by offering exceptional patient care in a nurturing and professional environment to our patients, parents, and the communities we serve.

Our vision is to be the number one choice for pediatric services.

What Is A Pediatrician?

Pediatricians are doctors who manage the health of your child, including physical, behavior, and mental health issues. They’re trained to diagnose and treat childhood illnesses, from minor health problems to serious diseases.

Pediatricians have an education that gives them special skills to take care of your child’s health. They graduated from medical school and completed a 3-year residency program in pediatrics before working as a pediatrician in a pediatric clinic.

What Does A Pediatrician Do?

They’ll see your child many times from birth to age 2 and once a year from ages 2 to 5 for “well-child visits.” After age 5, your pediatrician will continue to see your child every year for annual checkups (aka well visits). They’re also the first person you should call when your child is sick.

To take care of your child, your pediatrician will:

Does My Child Need A Pediatrician?

Some reasons why your child needs a pediatrician are:

How Much Education Does A Pediatrician Have?

How Much Education Does A Nurse Practitioner Have?

For a Nurse Practitioner, their 4-year degree must be in nursing. After earning a BSN, they complete a master’s degree program that trains them to be a nurse practitioner (NP). NP degrees can take 2 to 4 years to complete.

Our other pediatric clinics near you: